has fresh updates every other day!


Please excuse our tardiness while we try to keep the Wiki up to date!


If you want to help out, head on over to the

Discord Server in the #wiki-collab channel to learn how. 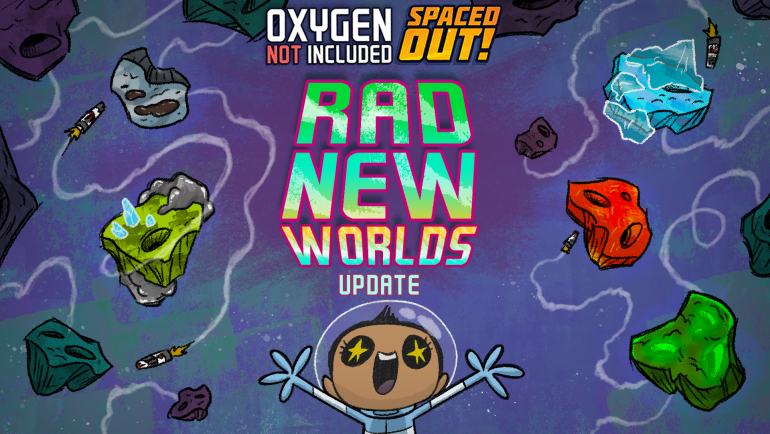 Today we have an adventurous new update for Oxygen Not Included: Spaced Out!

The Rad New Worlds update is focused on adding several new starting world options, making research more accessible, and filling some gaps in the radiation and nuclear gameplay. We've also been focused on fixing bugs and finding opportunities to polish the game. More on that point below...

The Radiation Lamp emits a constant and predictable cone of radiation as it consumes the uranium ore supplied to it.

The second building is the Manual Radbolt Generator, which produces a small but reliable amount of Radbolts with no electrical power required. Now, a little Uranium Ore and some Duplicant labour are all that is needed to get your Materials Science Research operation underway.

Additionally, we've greatly reduced the rate at which Radbolts decay while traveling. It is now possible to send Radbolts a significantly further distance than before.

The team is very grateful for all the testing, feedback, and commentary the community has given us so far. Please keep it up! We appreciate any help in getting Spaced Out! to full release - and beyond!Full patch notes below. Please continue to report bugs here.

You can join in the Discussion Topic here.
If you run into a bug, please visit the Klei Bug Tracker.